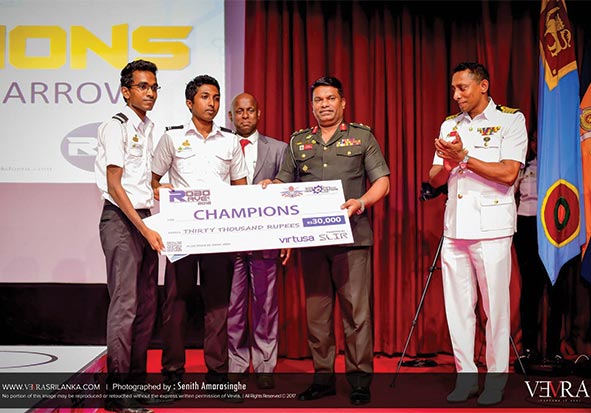 Team Arrow lead by Supun Rangika Widanaarachchi won the championship of RoboRave 2018, the first intra-university robotics competition organized by Electronic Robotics and Innovation Club of KDU on 5th of April 2018 at the Main Auditorium of KDU. Almost 95% of the task could be completed by their line follower robot, but it failed at the last right-angle turn of the Challenge Area 3, a few inches before the finishing line.

“We will use this money to develop this robot for upcoming competitions,” said Supun at the awarding ceremony when the team received certificates and a cheque of thirty thousand rupees by the Deputy Vice-Chancellor (Defence and Administration) Major General Indunil Ransinghe, who was also the chief guest at the event. The prizes were sponsored by Virtusa Pvt Ltd and Sri Lanka Institute of Robotics.

The second and third places were won by teams ‘Xinje’ and ‘Prime Ranger 33’ respectively. Team Xinje was led by Sampath Witharana of Intake 32 and team Prime Ranger 33 was led by Office Cadet Nilushan Rajapaksha. The competition was held with the participation of many distinguished guests from both inside and outside of KDU. 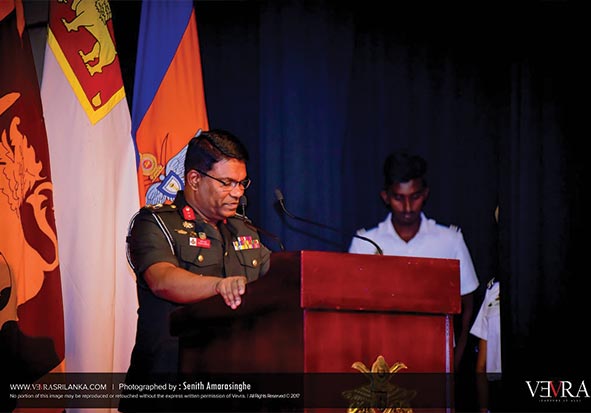 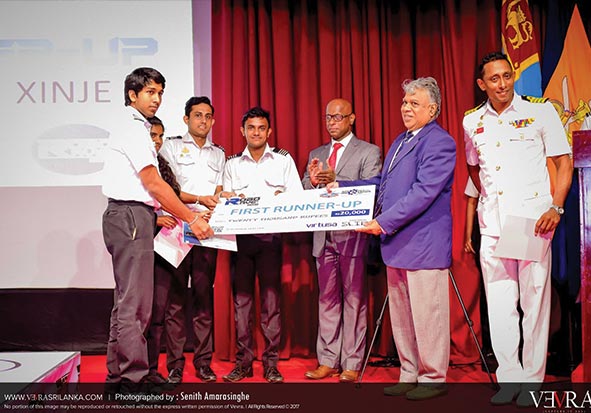 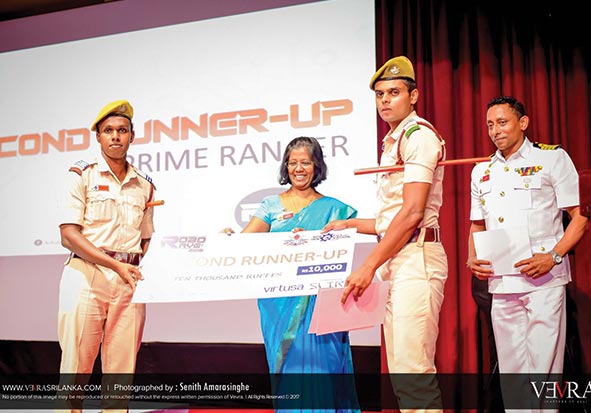 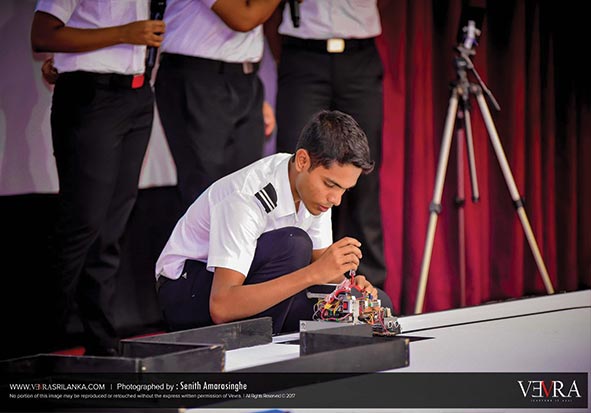